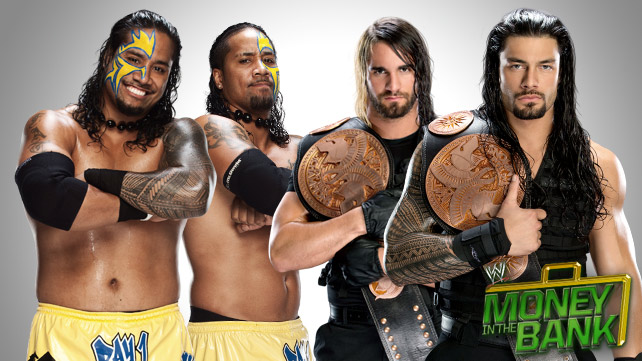 Best Case Scenario: Rollins and Reigns retain in a way that doesn’t hurt the Usos, but makes it clear that they are ready for the next challenge, and that challenge ends up being the members of the Wyatt family who aren’t Bray Wyatt.

Worst Case Scenario: The Usos entrance magically gets so over that they are hotshotted to the title on their way down the ramp and after the match, Dean Ambrose calls Seth and Roman “stupid sissy boys”, then unilaterally breaks up the Shield.

What Nick Wants to Happen: I remember that you can only see the pre-show online, instead of completely missing it like I did with Payback.

What Will Happen: The Usos entrance won’t get over, the Shield: Operation Long Hair will go over, Dean Ambrose high-fives them afterwards, they get Sonic together. 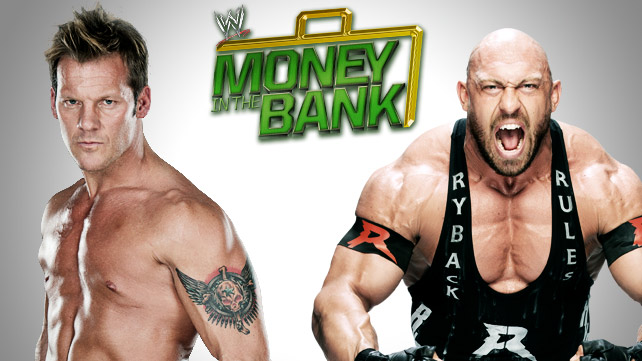 Best Case Scenario: After coaching him to defeat Chris Jericho through superior wit and guile, Vickie and Ryback become the E’s Platonic Ideal of the Punk/Heyman partnership, repeatedly break “This is Your Life” Rock-and-Sock-Connection quarter-hour ratings record for next six months on RAW.

What Will Happen: Vickie and Ryback make out after she helps him win by cheating. 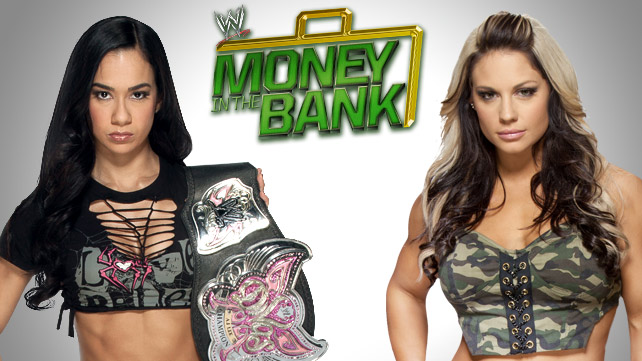 Best Case Scenario: Kaitlyn and AJ Lee realizes they really love each other like sisters, work a competitive and compelling match, walk out as friends.

Worst Case Scenario: Kaitlyn and AJ Lee realize they really love each other, Jerry Lawler has another heart attack while screaming “Puppies”.

What Nick Wants to Happen: A really good wrestling match between very talented workers that have a GREAT storyline and wonderful chemistry.

What Will Happen: A Tucker-Max-esque discourse on “bitches being crazy” and “tramps”. 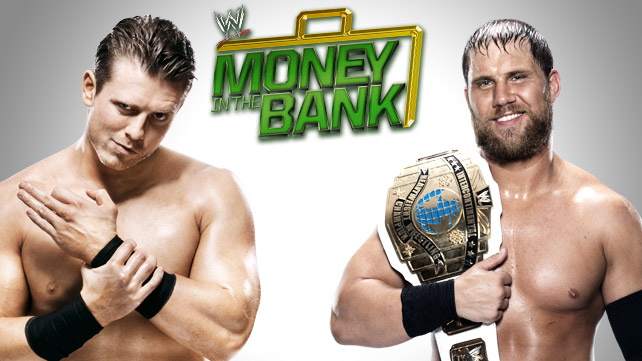 Best Case Scenario: Miz drops out of the match after remembering his “Limousine Riding” lesson with Ric Flair, Matt Morgan comes out, Curtis Axel and he work a passable match that showcases both guys as competent if not spectacular workers.

What Nick Wants to Happen: Joe Hennig looks like the talented worker and storyteller he really is, Miz doesn’t get in the way *too* much, Paul Heyman continues to be the best character in the history of professional wrestling who doesn’t scream “THAT’S WHAT I DO!”

What Will Happen: Even-Steven booking hurts Axel, while Miz is completely unaffected because he is the worst competent hand in the company 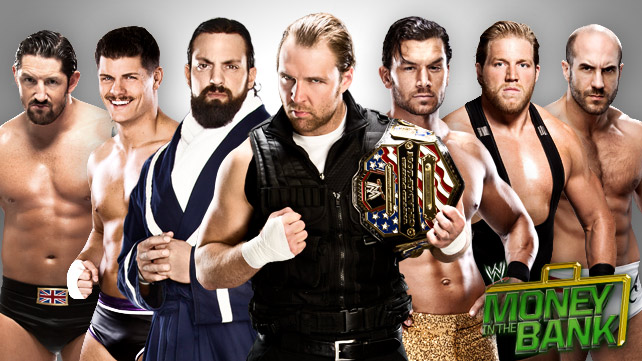 Wade Barrett vs. Cody Rhodes vs. Damien Sandow vs. Dean Ambrose vs. Fandango vs. Jack Swagger vs. Antonio Cesaro

Best Case Scenario: Cody Rhodes and Damien Sandow win the Money in the Bank contract at the same time, decided to have a Best-of-7 series to determine true victor. Remain best friends.

Worst Case Scenario: Jack Swagger wins, stands on top of the ladder screaming anti-immigration diatribe filled with ethnic slurs until security has to forcibly remove him. It’s later revealed that marijuana laced with bath salts was the reason behind outburst, as punishment Swagger co-main events SummerSlam.

What Nick Wants to Happen: Antonio Cesaro uses jetpack to grab briefcase unharmed, cashes it in on Alberto Del Rio in full length match after Big E. Langston turns on Dolph Ziggler and runs away with AJ.

What Will Happen: I have absolutely no clue, so let’s just say Dean Ambrose wins because it seems kind of logical. 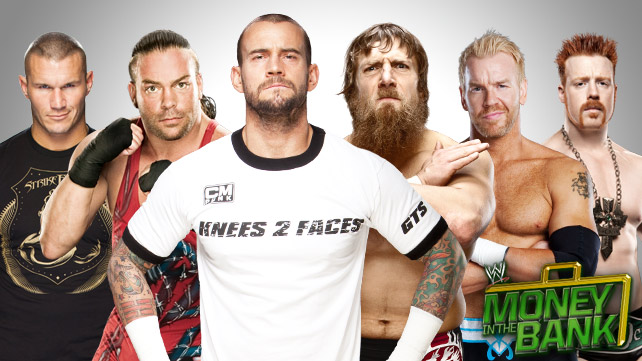 Money in the Bank All-Stars

CM Punk vs. Daniel Bryan vs. Randy Orton vs. Sheamus vs. Christian vs. Rob Van Dam

Best Case Scenario: Randy Orton and his now-ex-wife reconcile at the top of the ladder and decide to give another try. Kane’s surprise replacement is Mark Henry, Mark Heny wins the briefcase, loses by DQ in the main event, cashes in the contract to win title.

Worst Case Scenario: Christian wins by getting entire crowd to clap until all of the other competitors, and the people in the back are in a trance, like this:

What Nick Wants to Happen: Daniel Bryan goes into Mario Star mode, sprints to top of ladder to grab briefcase as the entire crowd does the “Yes!” chant in unison.

What Will Happen: Daniel Bryan does sneaky quasi-heel tactics to get briefcase, but looks great getting there, entire crowd does “Yes!” chant in unison. 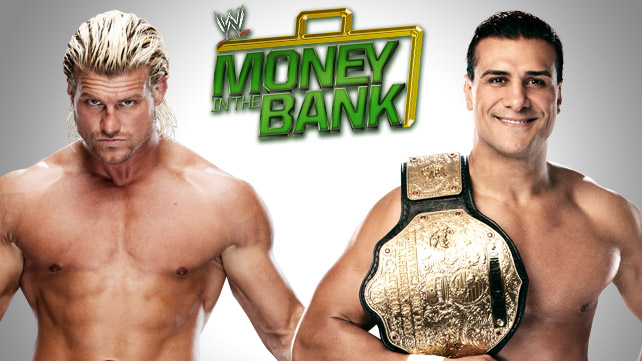 Worst Case Scenario: Dolph Ziggler turns back into a heel, joins Zeb Colter and becomes the “Aryan white supremacist” part of We The People stable, loses title to face Del Rio after the group get distracted in EXTREMELY misguided attempt to lynch a returning Ricardo.

What Nick Wants to Happen: A match that doesn’t involve interference, instant replay or anything other than two of my favorite wrestlers doing a superb job of pretending to beat the shit out of each other while making the other guy look good.

What Will Happen: A match with interference, where Big E Langston breaks my heart. 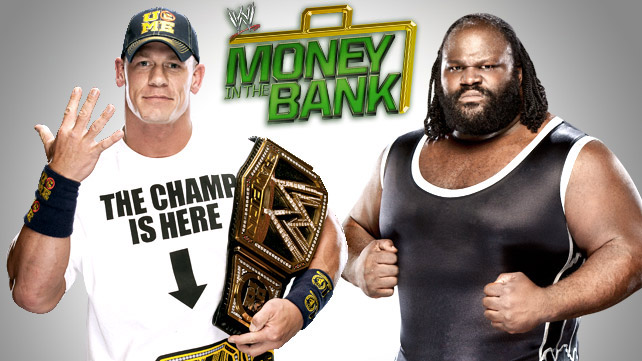 Best Case Scenario: Mark Henry gets to Bane the shit out of Cena (in kayfabe), takes over the WWE universe until Cena comes back to sacrifice himself for the greater good (Daniel Bryan’s ascendancy to the top  of the company).

Worst Case Scenario: John Cena beats Mark in a squash match, laughs over a downed World’s Strongest Man after giving him an Attitude Adjustment with the greatest of ease.