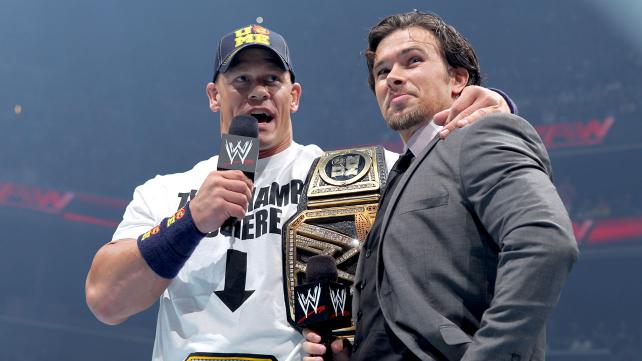 John Cena is going to be champion as long as he has that shirt. Though, who wouldn’t really enjoy a heel turn where he shows up wearing that it everywhere as he/it gets progressively dirtier, and when people try to explain to them he’s not The Champ anymore, he gives them Attitude Adjustments?

Hey, Randy, yeah, you’ve got something on your face. I think it’s mold, but either way you look terrible. Like late-WCW “What Up, Mach?” Randy Savage bad. Does this mean you’re going to start dating a stripper named “Superstar” Billy Graham?

“Avoids wrestling anyone” Fandango may be great, but watching Johnny Curtis work with Randy Orton after holding his own on the mic with John Cena shows you precisely why he won NXT back when it was “winning NXT” meant “on your way to at least the mid-card” and not “get shit on by Michael Cole for months because talking about women’s wrestling makes him a grump.“

Even if he’ll never be WWE champion, with Damien Sandow becoming the WHC Mr. Money in the Bank (and essentially guaranteeing himself, or maybe, Cody, a title reign), it’s clear they give zero fucks about that “the legacy” of “who can hold” that title — in the best way possible — which means Fandango might be able to be a world champion before he moves on to that big dancefloor in the sky. 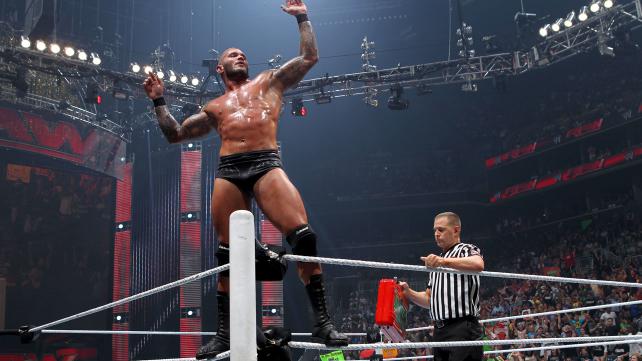 Wow, Randy Orton hasn’t been this popular with the crowd since he made a handcuffed Triple H watch him make out with an unconscious Stephanie McMahon…God, wrestling’s messed up.

Does Mark Henry shop at Big and Tall or Casual Male XL? 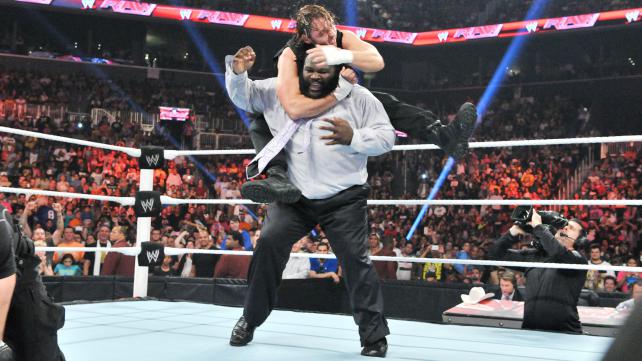 So, my two favorite wrestlers (Dean Ambrose and Mark Henry) and parts of the show (Mark Henry and The Shield) are going to feud? Can I sign up to follow this around the country like a Deadhead or whatever it is they call the idiots who like Phish?

Mark Henry can be a face if it’s a Randy Orton “You like me because I don’t call you fat, ugly and stupid and my finisher is ridiculously popular but I do not care at all what you think” run or even “Sully from Monsters, Inc,” but if he starts trying to bang old ladies again, I’m quitting this blog.

I don’t appreciate the insinuation that living with your mother is something uncool people do, WWE. No, I’m taking this personally. Shut up.

I thought Ziggler vs. Del Rio was super disappointing on Sunday, but that was entirely because of the non-PPV finish, so even if they wrestled the exact same match tonight, I’d be fine.

Eventually people will realize Alberto Del Rio is one of the best wrestlers in the world, but until then, I’m okay with him making a series of Super White Guys look like they belong in the main event, and I have to assume that Sheamus is next.

We live in a world where a 6’5” third-generation Mexican wrestler is the champion of the largest sports entertainment company in the world and has a German suplex as one of his signature moves. Globalization worked, people. 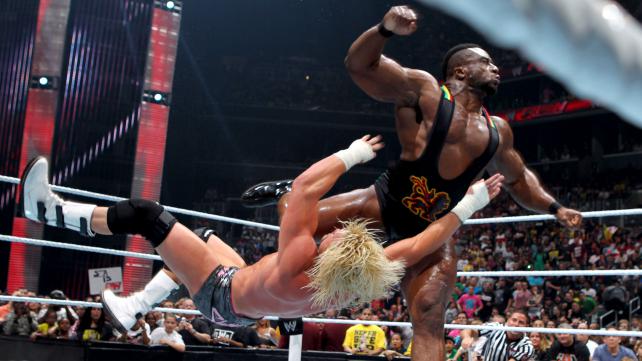 So, I know @MrBrandonStroud isn’t happy with how they are breaking up Team Rocket, but he’s just being silly. Anything that allows Big E. Langston to do that to Ziggles is A-OK in my book.

Is this like when they give a side character a full storyline in a show just to kill him off? Yes. This is exactly what this is. 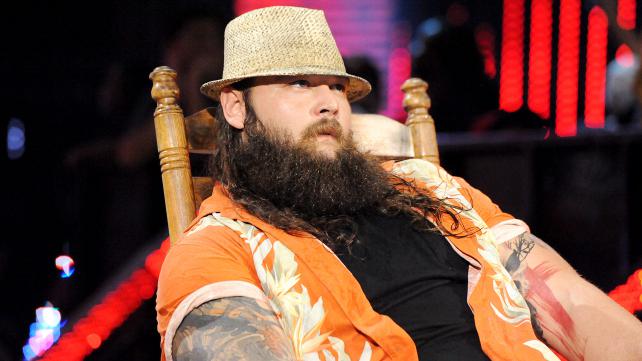 ***WARNING, SERIOUS WRESTLING DISCUSSION AHEAD, PLEASE KEEP HEAD AND EYES INSIDE KAYFABE*** I saved watching Bray for Raw, and in the 5 minutes he’s been on screen, it’s been absolutely amazing. He, like Mark Henry or even when Jon Hamm as Don Draper, plays everything so straight that it forces you to absorb everything entirely within the confines of what’s in front of you. You don’t ask, “But in real life would ____ REALLY happen?” because it’s accepted that he’s functioning in a completely different universe than the one you live in, even if you are both humans living at the same time on the fundamental plane of existence. Needless to say, I “get it” with Bray Wyatt.***SERIOUS WRESTLING NOW COMPLETE, ENJOY YOUR COMPLIMENTARY SONIC MILKSHAKE ON THE WAY OUT***

The Real Americans is such a beautiful name for a tag team, and the members are fantastic, but it’s kind of a bummer that they seemed to have used the fact that Cesaro is on the team to be even more racist/xenophobic. They are heels, so it’s totally fine if they stay that way, but it seems kind of gross that they are getting people to chant “We the People”, thought more a function of We The People (in the crowd) being terrible. 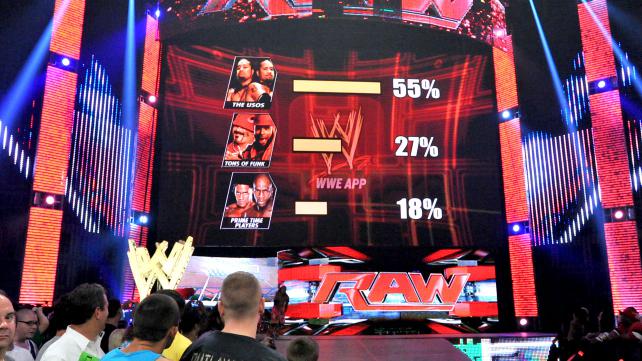 With matches like this, and crowd reactions like that, it’s clear that while it’s taken a couple of months, and diluting the immense power of the Shield — in a former MVPs to now just All-Stars sense, but still — to build it up, the tag team division looks like it’s in GREAT shape with the Usos, the PTPers, the Shield: Operation Long Hair, The Real Americans and even Tons of Funk. They need less definite articles, but other than that, they look great.

They just flashed tweets from WWE superstars on the bottomline during this Sandow/Christian match, and one of the tweets was The Miz begging John Cena to pick him for the match by bringing up their WrestleMania 27 main event. He has to realize that’s equivalent of asking someone to marry you because they took your virginity, right? 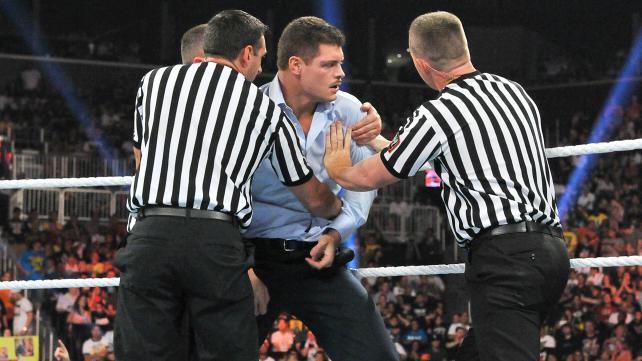 Cody Rhodes will be the first World Heavyweight Champion with a mustache since Rick Rude. That has to feel nice.

There better be an option when you call 1-800-Fella to get Sheamus to spot you for a set at the gym, otherwise there’s just no point.

Vickie Guerrero not getting in the Hall of Fame would be a “Shoeless” Joe Jackson level of injustice.

The story of Paul Heyman and CM Punk, in song:

I don’t like to talk shit needlessly about TNA, because Dave and I are best friends and I don’t even dislike the organization of the product, but that one segment was better than literally everything they have ever done. Combined. And that’s not even the best CM Punk segment of the last five years. 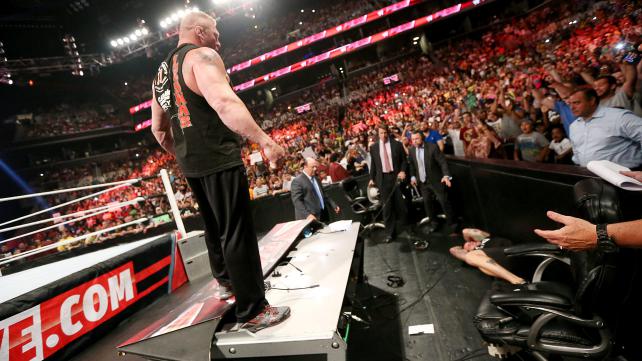 Speaking of TNA, if crowd reaction is any indication, the Rob Van Dam Redemption tour has been a rousing success so far. 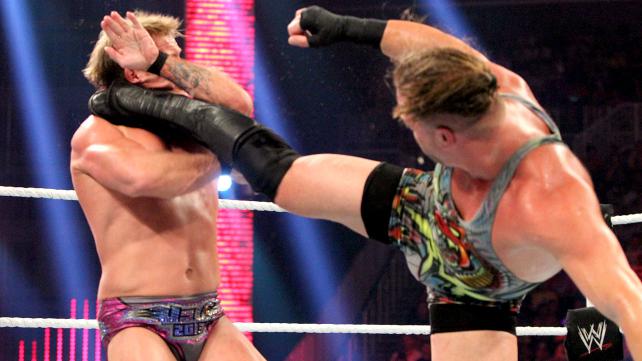 One of my favorite things about Rob Van Dam is that he’s totally cool with Ryback’s airbrushed singlets, and in fact, they use the same airbrush guy. Needless to say, on the list of things that tell you that you do too many drugs, “having an airbrush guy” is at or near the top of it.

Really, Brooklyn? Don’t think you’re laying it on pretty thick with this “This is Awesome” chant? Okay… maybe that moonsault off the apron was. I’ll give you that. But for the rest, “This is Enjoyable/Satisfactory” seems like it’s more apt. 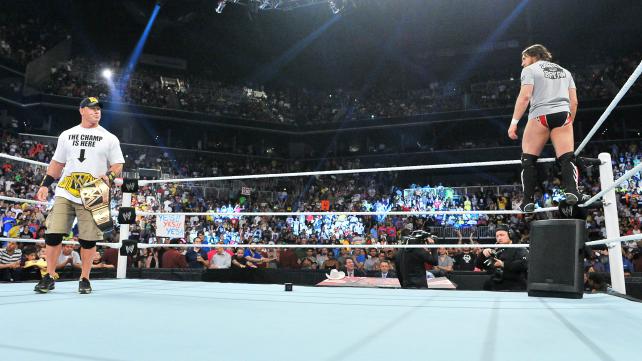